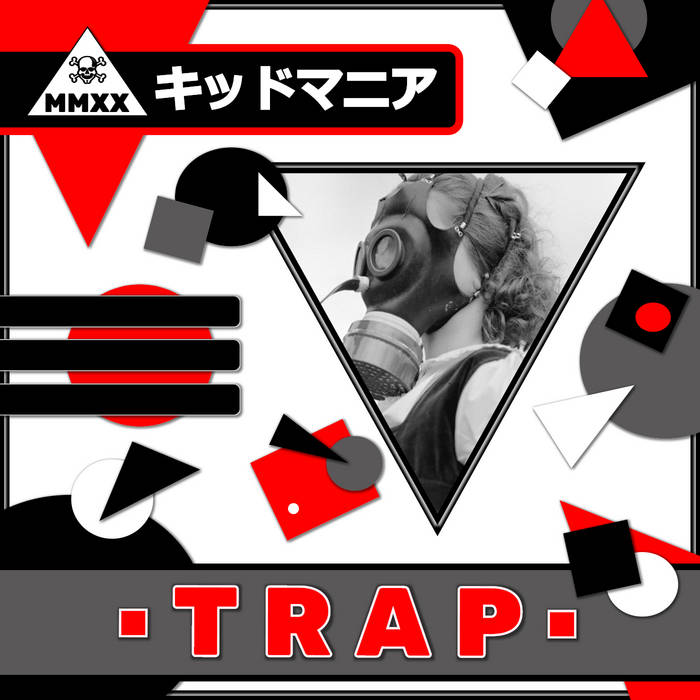 With the horrific events and scenarios that have taken place over the past year, Kid Mania has found a wealth of inspiration, looking to the past to see how it represents our future. And boy is it a distorted future. TRAP is an album for forced homebodies, those that have been relegated to quarantine or laid off from their jobs. Although it wouldn't be entirely fair to say that this album is a direct commentary on the COVID-19 fiasco. Glimmers of our present shift in and out as Kid Mania travels a diseased world with The Vapor Kid and Nicky 9. And it's every bit as demented as it is shockingly fun.

TRAP, much like Kid Mania's other albums handling contemporary topics in abstract stories, pays respect to those affected. All the same, he understands the bizarre humor that comes with this lockdown as well as its psychological ramifications. The plague we're experiencing has been expanded to a galaxial scope with an unforgettable cast of characters in the form of his unique sampling palette. It seems like this all could have been avoided and the best cure is to sit back and laugh at the insanity.

TRAP is being presented in conjunction with the companion album SCAM. We'd encourage those that were engaged by the storytelling and messaging on this album to check that out as well.

SYNTH TREATMENTS ON ‘EOA’
BY JSUN BROCK AT GRIEVING ARTS