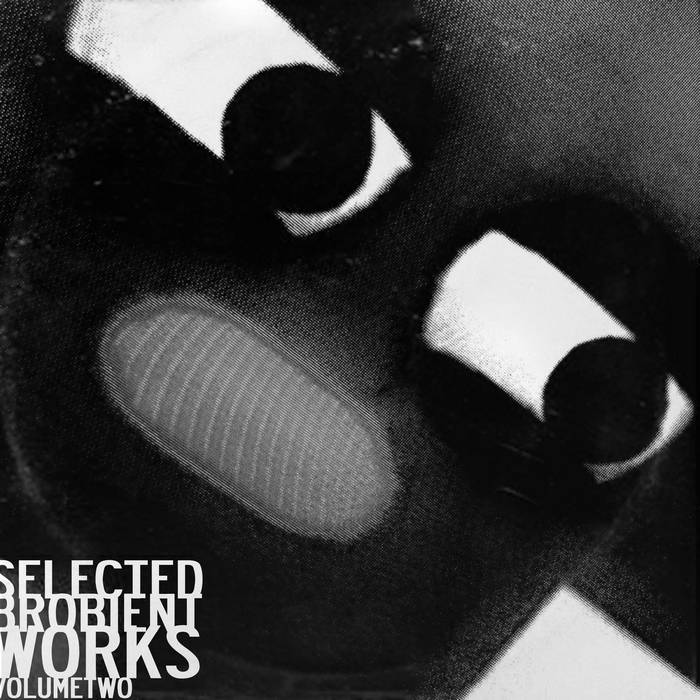 It has been a year-and-a-half since the dawn of brone. Following the release of Volume 1 last November - a compilation that saw figures of the first wave pool their talents to capture the best of the genre at the time - we witnessed a wealth of defining entries in the genre push the sound to it's conceptual & aesthetic limit. Volume 2 in the Selected Brobient Works series builds on the foundation of its predecessor. More defined now is the conception of 'brobient' - so too the techniques employed to augment 'bro' into something more profound.

On 'glass' Mild Sorrow Integrated sets the tone, supplying us with a robust, texturally rich soundscape - cementing their status as a brobient sorcerer in total command of their magecraft. Newcomer DJ Stigmata then thrusts the listener headfirst into the more harrowing realms of the genre, with dramatic bursts of noise and percussion verging on industrial hip hop. We reorient to a more traditional styling of brone with a lengthy, somber cut from resident hardvapour artist Lainist. Tristan Williams, another fresh face to the scene, summons hulking, wails of paulstretched sorrow with the help of Bro Biden on 'Falling Into My Own Personal Abyss'. HexD king iANO turns their talent for immersive composition into a bristling piece of piano-driven brobient, its melancholy tinged with low-burning distortion.

The hardvapour chug of 'A House of Fragmented Clouds' manifests once again on prismer's debut track 'Gold Frequency', an ethereal work of mounting awe. Brone jester Bro Biden transmutes robotic bombardments into an all-out hellfuck, followed by a towering judgment of damnation by bpb on 'Great Flood', a visceral demonstration of noise as punishment for man's folly. Following suit, Hootie the Sailor reconvenes this punitive drowning (wink), allowing for a pastoral aside once his nautical wrath has ceased. The climactic penultimate track from bonkoloid reintegrates the piano hinted at on 'The Rig' into thudding chords tracking disembodied moans into an evocative cacophony of truly austere effect. As we reach the end, iANO returns with brone wunderkind no29 for a dirge of sullen piano and whimpering static, a phantom gazing upon at all the irreparable damage brone hath wrought.

We want to thank everyone who participated in this compilation. You have all helped carried our beloved microgenre farther than anyone could have ever thought possible.