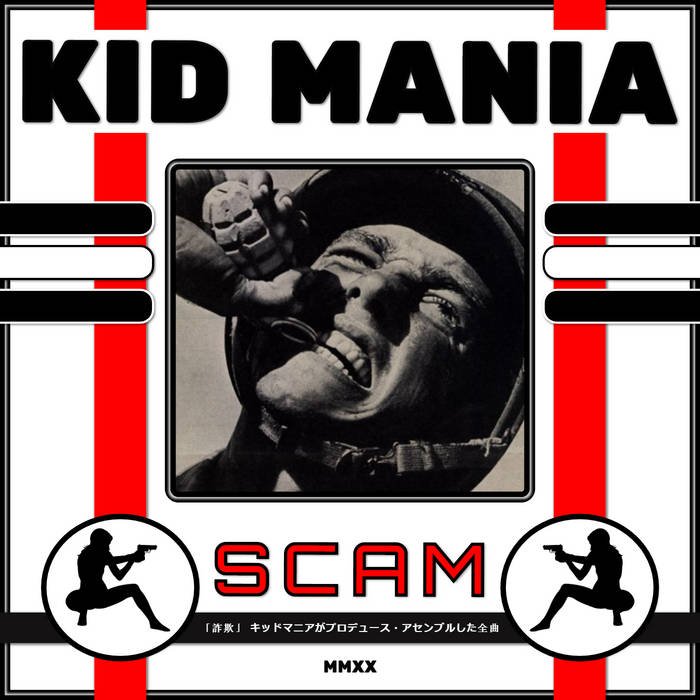 We hope that we're not sacrficing the artistic integrity of Kid Mania's work by saying this, but for those that have been affected by the current state of the world, you may need to prepare yourself for SCAM. Following the format of his previous work, the Radio Konton sound collage extraordinaire pulls together fragmented ideas from our world to present a running theme of conspiracy and the tragedy that has occurred in it's wake. While there's always something narratively interesting to pick up on in his albums, SCAM may be his most raw because the scheme that he's showcasing is rearing its ugly head in real life for all to see.

There always seems to be a running theme of dystopia and alternate dimensions in Kid Mania albums, but the atrocities showcased on this particular album blur the quantum lines between a disturbing vision of the world and it's actual condition. he real feat that's pulled off here is that KM manages to show the utmost respect to those that have been unjustly punished while presenting how we've gotten to this sorry state. None of these things should be happening. They are wrong. And really the only conclusion that makes sense is that an outside influence has tweaked the timeline.

SCAM is being presented in conjunction with the companion album TRAP. We'd encourage those that were engaged by the storytelling and messaging on this album to check that out as well.

WORDS FOR ‘BLACK ENZO’ WRITTEN AND PERFORMED BY KID MANIA

The track ‘Minneapolis Moment’ also appears on
the “I Can’t Breathe” Compilation (<1)
lessthanone.bandcamp.com/album/i-cant-breathe