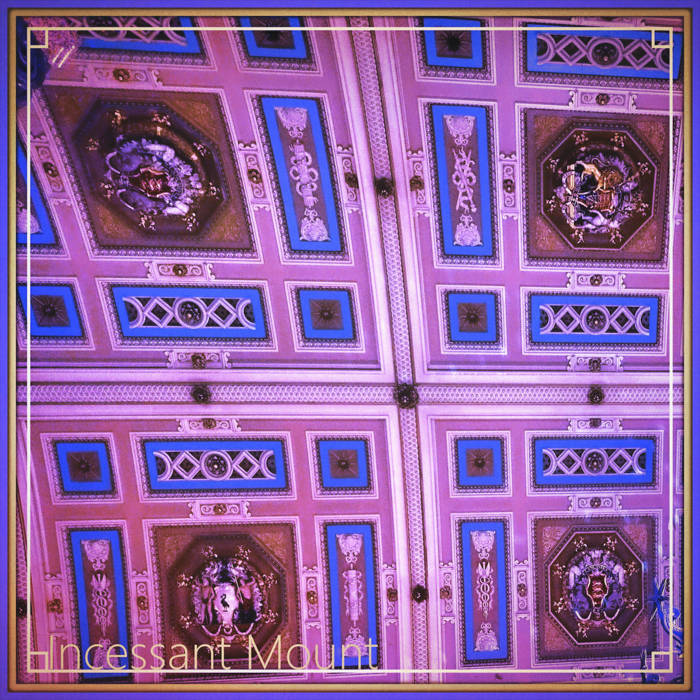 S. Saad (Void Ant, Kapitalism) "Hyper-ethereal... the bop you need, but also soothing". My partner said it better than I could.

The crown jewel of Gareth Sloan's 8-year long creative endeavor, Incessant Mount pays powerful tribute to the work of his musical idol, The Field, while blossoming into a robust & distinct sound of his own. With some tracks recorded over a process dating back five years, Incessant Mount demonstrates a monumental leap forward for Halogen Star, boasting the slick mixing of his recent output while stylistically evoking the lengthy, trance-inducing grooves of his earliest recordings in the style of Axel Willner.

In form with the sample-based beginnings of his artistic lineage, disconnected voices & washed out, ethereal drones populate Incessant Mount, filling his rich soundscapes of an undeniably emotional, human affect. Paired with the synthesizer-driven sound of other musical icons such as Tangerine Dream, Gareth finds organic marriage in the meeting of sample and synthesis. In this regard, Incessant Mount is truly the purest & most accomplished representation of his talents.

In our opinion, he has finally made the project he has been patiently, humbly working towards his entire career. Much of it sounds like a lost album from The Field himself - no small praise to levy for anyone who reveres the work of the Swedish minimalist - but it is a statement we are confident is nothing short of wholly earned. Gareth himself has stated this is the album he is most proud of - and we can't agree more. Listen deep to this work of euphoric artistic fruition and see what we mean.